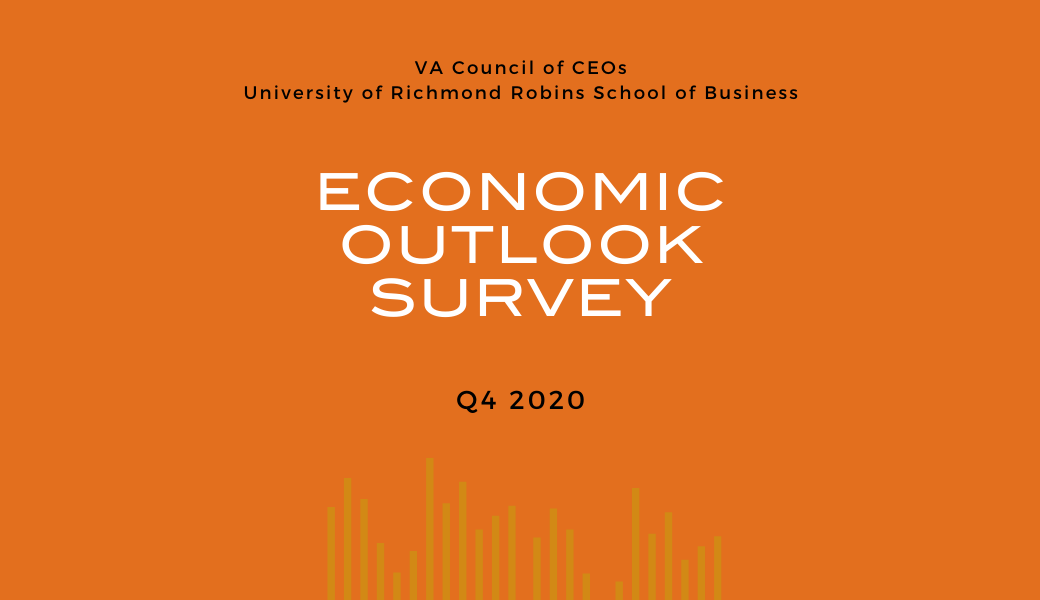 The fourth quarter 2020 CEO Economic Outlook survey finds that expectations over the next six months for capital spending and employment improved compared with expectations at the end of Q3, while expectations of sales growth decreased somewhat on a percentage basis.

Says Scot McRoberts, executive director of the Virginia Council of CEOs, “CEOs responded to this survey in the week following the attack on the U.S. Capitol, and as news broke that Virginia’s vaccine rollout was moving more slowly than expected.” Adding, “The index from this survey is still five points lower than at any point in the ten years before the pandemic. The CEOs I know are working hard to overcome in these challenging times and to save jobs, but most anticipate that the next six months will continue to be difficult.”

“The survey results suggest a continued positive outlook over the next six months,” said Rich Boulger, associate dean at the Robins School. Boulger administers the survey and collects the responses each quarter. He adds, “The index, which consists of an average of Virginia Council of CEO members’ expectations with respect to sales, capital spending, and employment, continues to rise slightly (69.2 versus 65.2 last quarter) at this difficult time. Although the incremental increase is not large, it reflects an ongoing positive sentiment.”

Taken as a whole, the results pertaining to sales, capital spending, and employment produce a small improvement in economic outlook over results from the end of Q3.

In addition to the survey questions regarding sales, capital spending and employment, the survey asked CEOs to express their expectations with regard to the timing of returning to “normal” business practices such as no need for masks, working largely in person, …  their responses were as follows:

Additionally, CEOs were asked what aspects of our current business protocols (working from home, Zoom meetings, hiring without in person meetings, …) do they see continuing post pandemic.  The overwhelming responses were a continuation of working from home for some workers/types of work and the use of Zoom or similar technology for what had previously required in person meetings.

“The variation in expectations for a return to normal highlights the continued uncertainty surrounding the pandemic and its impact on businesses,” said Mickey Quiñones, dean of the Robins School. “It is interesting that some of the adaptations that have become widespread, such as Zoom meetings, will likely continue to influence the way we conduct business well into the future.”

To summarize, CEOs predictions over the next six months include: 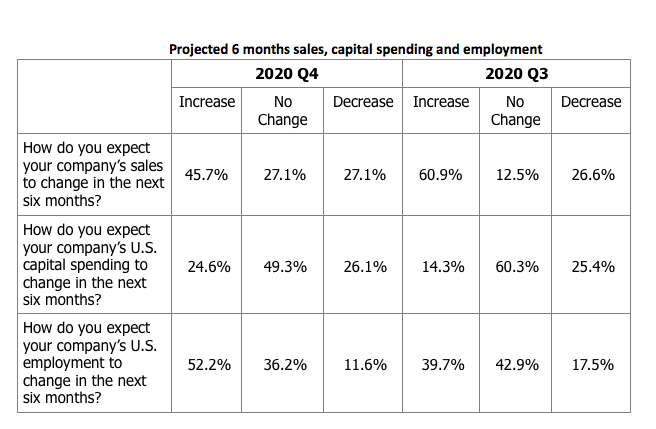 The data for the last four years/sixteen quarters is depicted graphically below.  As can be seen, the index has hovered around a value of 100 from 2017 to 2019 prior to the pandemic. After a plunge in Q1 2020, it has rebounded to values in the sixties with a slight positive trend. 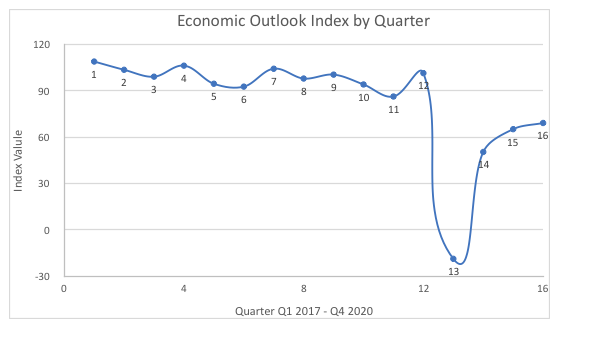 ABOUT THE ECONOMIC SURVEY

Virginia Council of CEOs is a nonprofit organization connecting CEOs for learning and growth. Formed more than 20 years ago, Member benefits include placement in a peer roundtable group and access to a thought leader network and a robust program of events for learning and growth. This is not a networking group, but rather a group of CEO peers who are invested in the success of each Member. Learn more at www.vaceos.org.

The Robins School of Business is the only fully accredited, highly ranked undergraduate business school that also is part of a highly ranked liberal arts university. U.S. News ranks the Robins School’s MBA program #2 in Virginia. The school’s executive education division offers customized training and consulting to a wide variety of businesses.