COLAB President Steps Away and Into Innovation

For Eddie O’Leary, president of web development firm COLAB, one of the best business decisions he ever made was to step away from it – to release himself from operational concerns, that is, and focus on the reason he got into business ownership in the first place.

It was two years ago when he had a serious discussion with himself. “So for me, I had to kind of put my ego in check, and I had to say, ‘You know what? There’s really somebody else who can run this business better than me, and I’ll focus on strategy and sales and the things that I really like,’” explains O’Leary.

In this case, that meant a sustained focus on growing the business and building up his leadership team – and investing in a quality chief operating officer.

Turns out O’Leary’s ego check has paid off royally. In 2018, COLAB made Richmond BizSense’s RVA 25 list of fastest-growing companies (again) and attained Inc. 5000 Fastest-Growing Companies status for the first time. Today, COLAB is in innovation mode, reaching into untapped opportunities that may not have come about otherwise.

O’Leary says the leadership work and investment in the team has “allowed me to go back and do some of the things that are really the reason that I started this company in the first place – which is to create new opportunities, explore new technologies and really grow our offerings.”

He’s particularly excited about the opportunities Alexa may bring. 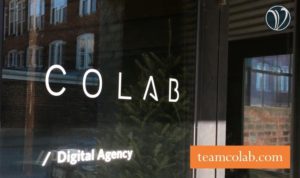 O’Leary describes COLAB as a company that solves business challenges. “Our niche is solving business problems with technology,” he explains. “We typically build websites and web applications that are designed specifically to solve problems, create opportunities or create operational efficiencies. What makes us special is the fact that we have a full team of strategists, designers, developers, engineers and product managers all located here in Richmond full time.”

“COLAB has been creating a great product for a long time, but the work we’ve done in the last year or two to build up a great leadership team has allowed me to go back to focusing my time on increasing the innovative product offerings we have, such as Amazon Alexa smart speaker apps, as well as putting together our digital partnership program.”

O’Leary is particularly excited about the opportunities associated with smart speakers, smart TVs, and the Alexa and Google Home product lines, as consumers are moving away from web searches and using voice-activated tools for information instead. According to O’Leary, it’s a trend business owners need to keep an eye on.

“The growth in that area has been tremendous,” he says. “It’s [Alexa] a device no one had heard of three years ago, and now something like 42 percent of people have them in their homes.” It’s an untapped area well-suited to COLAB. In fact, the team just released the first smart speaker app for the Virginia Lottery.

A LEADER BY DEFAULT? (WE THINK NOT.)

O’Leary describes himself as a “CEO by default,” explaining that even though he grew up watching his father run several small companies, he didn’t feel like business ownership was for him. (His background is in political science.)

After a stint building websites and web applications, O’Leary saw an opportunity, and COLAB was born – and, though it wasn’t his initial intention, he became a CEO.

Whatever the name or role assigned to him, O’Leary is clearly a LEADER. He has the courage to act on opportunities, even if that means a bruised ego.

“I think there comes a time for some people like me when you have to recognize that doing everything yourself or solving all business challenges or being in charge isn’t what necessarily defines success for you,” he says.

Empowering others. Acting on opportunities. O’Leary a leader by default? We think not.

O’Leary has been a member of the Council since 2014 and he’s found that the relationships he has formed there have helped him make smart decisions. 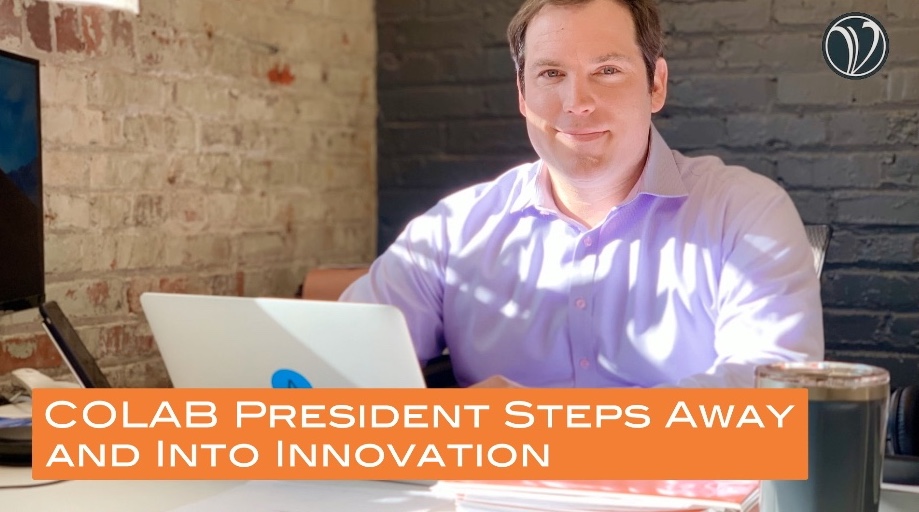 “As I think back about the time when I joined the Council, I would say that our business was doing a great product, and it was a valid, legit business. But we were probably around eight or nine people and around a million dollars in revenue,” he says. Adding, “I recognized, by being part of the Council, that it was important for me to take some serious steps in order to take advantage of the tremendous opportunity COLAB had. Through my Roundtables, and through the people I’ve met, I’ve really been able to take advantage of other people’s experiences to make really smart decisions about how to grow the company.”

Virginia Council of CEOs is full of innovative leaders like Eddie O’Leary. Sign up for a Get to Know VACEOs event to learn more!