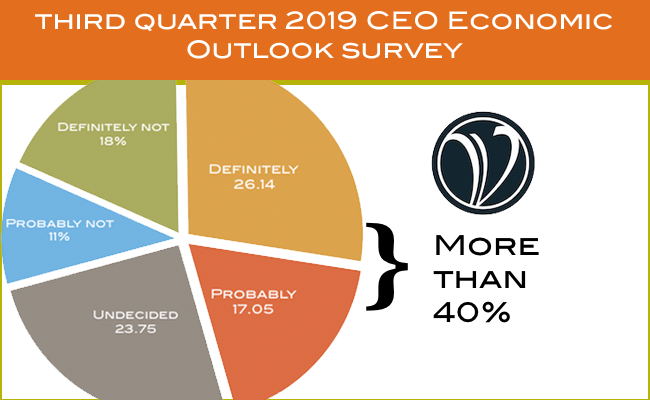 The third quarter 2019 CEO Economic Outlook survey by the University of Richmond’s Robins School of Business and the Virginia Council of CEOs finds that Virginia CEOs’ expectations for sales, capital spending, and employment over the next six months fell again compared to their expectations last quarter. Overall, expectations at the end of the third quarter of 2019 were similar to those last seen in the first half of 2014. 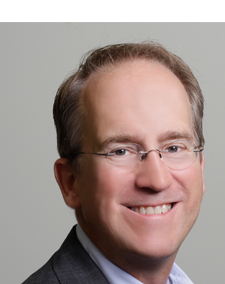 Says Scot McRoberts, executive director of the Virginia Council of CEOs, “While the overall outlook declined again, the CEOs I speak with each day remain mostly optimistic. Of course, optimism is a defining characteristic of entrepreneurs! My gut tells me the decline is a product of anticipating a recession – most thought it would have happened by now – coupled with the ripple effects of tariffs on Chinese goods.”

“Uncertainty rather than pessimism seems to be driving the results,” said Randy Raggio, Associate Dean at the Robins School of Business. Raggio administers the survey and collects the responses each quarter. “One CEO commented, ‘I am neither optimistic or pessimistic; given the unknowns created by the current administration, I am simply uncertain and proceeding with caution.’ Others suggest that sales would be even higher if the job market were not so tight,” he adds.

CEOs were asked the way in which they expected continued tariffs to impact their business.

The 2019 third quarter survey found that executives’ expectations for sales, hiring, and capital spending decreased. To summarize, CEOs predictions over the next six months include:

ABOUT VIRGINIA COUNCIL OF CEOs
The Virginia Council of CEOs is a nonprofit association whose mission is to connect the CEOs of small and mid-sized businesses for learning and growth. The Council is led by a volunteer board of directors, advisory board and a small staff. Currently, there are 230 CEO members.

ABOUT ROBINS SCHOOL OF BUSINESS
The Robins School of Business is the only fully accredited, highly-ranked undergraduate business school that also is part of a highly-ranked liberal arts university. U.S. News ranks the Robins School’s MBA program #35 in the country. The school’s executive education division offers open enrollment courses and customized leadership development, training and consulting to area businesses.