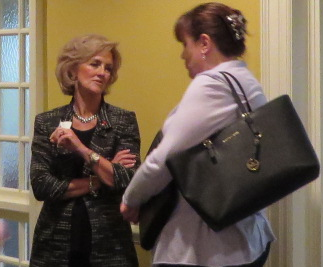 “I’m so proud of Scot and the organization. It has real strength. When it started out as just a tiny handful of individuals with a dream, we didn’t know if we would survive and where the money would come from. The value proposition is so powerful that it’s able to survive almost anything.”

From charter to thriving non-profit with 200 members, the Virginia Council of CEOs is an organization based on a solid mission and strong leadership. Here are important milestones within the history of VACEOs.

Chuck McCabe forms the Richmond Chapter of the Council of Growing Companies, the predecessor to VACEOs.